Autism Sunday was started in 2002 in the United Kingdom during Autism Awareness year. It continues as a day to bring awareness to a very confusing and often misdiagnosed disorder.

So what exactly is Autism Spectrum Disorder (ASD)?

The Global Autism Project defines it as “pervasive neuro-developmental condition which affects a person’s ability to communicate and interact with others”. People with ASD are not considered “autistic”, but rather, they “have autism”.  It is a very complex medical disorder.

ASD looks different with every person it effects. The behaviors range from minor to severe, which refers to the “spectrum”. The Centers for Disease Control and Prevention (CDC) notes that roughly 1 in 59 children have been diagnosed with ASD. Of those numbers, the majority are boys and the numbers continue to increase.

No one really knows what causes ASD. There are some indications that it is a combination of genetics and environment, but there are still no definitive conclusions. It is believed to develop while the mom is pregnant or within the first three years of life. Many of the symptoms are episodic, so a pediatrician may not notice them during a routine check up. But there are red flags.

Some of those red flags are: Reciprocal language is impaired or not present; lack of eye contact; does not respond when name is called; lack of shared attention during interactions; unable to screen out loud or high-pitched noises; an aversion to textures; difficulty calming themselves.

But these are only two of a myriad of symptoms. ASD makes it difficult for people with the disorder to interact on a social level. If you believe your child or a child in your classroom may have ASD, talk to a pediatrician and learn more about the spectrum.

Here are some places to learn more about the topic:

This site uses Akismet to reduce spam. Learn how your comment data is processed.

Early Learning Tools NW is dedicated to supporting Early Childhood professionals. Our goal is to provide affordable training in our local area and to offer articles of interest to EC educators everywhere.

Please feel free to contact us with questions or ideas for training or blog posts.

Will travel throughout the Willamette Valley and Northern Oregon 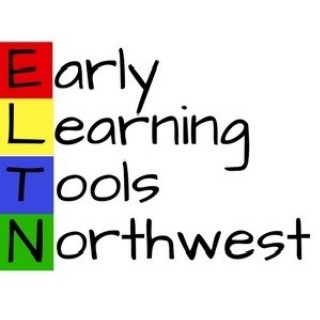